Based in Bloomfield Hills, Michigan,  Program Source International is a television production and marketing company founded over 30 years ago. 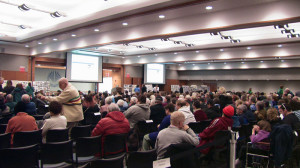 Thirteen years ago they created a Michigan History Lecture Service, now offering 20 topics. Over the years, PSI has produced a variety of programs including an ABC-TV Network Christmas show, “Welcome in the Child”, shown on 187 stations on Christmas Eve.

PSI recently completed a documentary “When Amelia Came to Michigan”.  This presentation is now used in our lecture series, coupled with the documentary “When Mark Twain Came to Michigan”.  Last year we  completed a documentary called “The Science of Bats” for the Organization for Bat Conservation.   We also produced  the  documentary  “Geology of Michigan:  An Expedition through Deep Time” for Cranbrook Institute of Science in Bloomfield Hills, Michigan.  PSI shot HD footage at twenty four locations around Michigan, the Upper Peninsula and in Canada.  Some of the  underwater footage from Thunder Bay Island, near Alpena, was shown in the recent History Channel series “How the Earth Was Made”.  Great reviews on this program have been received.

The company also produced 26 television documentaries on Michigan town histories and historic events within the state.  Our website, www.michiganhistoryvideos.com .  Goodyear Tire and Rubber Company commissioned Program Source International to produce a 100 year history of the company, “Above and Beyond” featuring the great airships and company history. 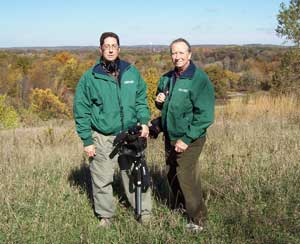 Al Eicher is the founder of Program Source International and has been in the television production and distribution business for over 50 years with executive positions at Campbell-Ewald Advertising Agency, 20th Century Fox, Magnetic Video Corporation and Embassy Home Entertainment.  He’s also produced feature motion pictures, owned a radio station, and spent 5 years as an Engineer and Technical Director at Channel 5, an NBC television affiliate.

David Eicher, is President of Program Source International.  He has over 25 years of experience in marketing, television production, editing, videography, scripting and research.  After graduation from Central Michigan University, he worked 10 years in pre-recorded videotape distribution, marketing and sales.

Need a lecture or presentation on Michigan history? michiganhistorylectures.com , a service of Program Source International.